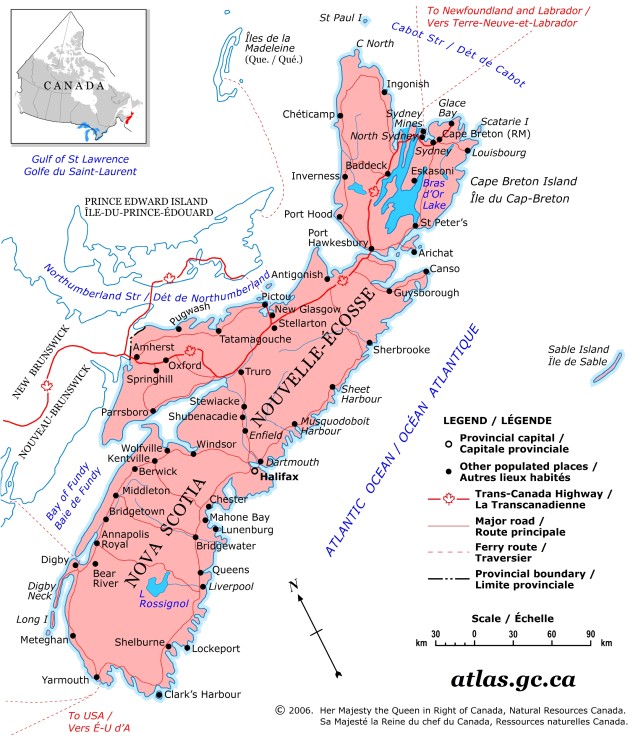 Nova Scotia’s per capita GDP in 2016 was $44,924, significantly lower than the national average per capita GDP of $57,574. GDP growth has lagged behind the rest of the country for at least the past decade. As of 2017, the median family income in Nova Scotia was $85,970, below the national average of $92,990;in Halifax the figure rises to $98,870. The province is the world’s largest exporter of Christmas trees, lobster, gypsum, and wild berries. Its export value of fish exceeds $1 billion, and fish products are received by 90 countries around the world. Nova Scotia stands to benefit significantly from preferential access to the EU market. The EU is already Nova Scotia’s second-largest export destination and second-largest trading partner. Once in force, CETA will eliminate tariffs on almost all of Nova Scotia’s exports and provide access to new market opportunities in the EU.

Exporters will also benefit from improved conditions for export. For example, CETA includes provisions that ease regulatory barriers, reinforce intellectual property rights and ensure more transparent rules for market access. CETA will provide Nova Scotia exporters with a competitive advantage over exporters from other countries that do not have a free trade agreement with the EU. Trade has always been and will continue to be a vital part of the Nova Scotia economy. In partnership with the Government of Canada, Nova Scotia is committed to creating the most favourable conditions for Nova Scotian businesses to compete internationally. Nova Scotia provides competitive advantages for exporters and investors and has one of the most diverse economies in Canada. It’s building strength and capacity in leading industry sectors that are powering global innovation.

Agriculture, fishing, mining, forestry and natural gas extraction are major resource industries found in the rural areas of HRM. HRM is a major regional manufacturing centre.It is an exporter of beer, being home to the Keith’s brewery and Oland Brewery as well as several local specialty beers produced in micro-breweries. The aerospace industry has an increasing significance in the regional economy, through engine manufacturers, as well as the increasing passenger and cargo traffic. With the largest population centre in Atlantic Canada and a geographically central location in Nova Scotia, HRM has witnessed a transformation in its economy during recent decades with the growth of the service sector.