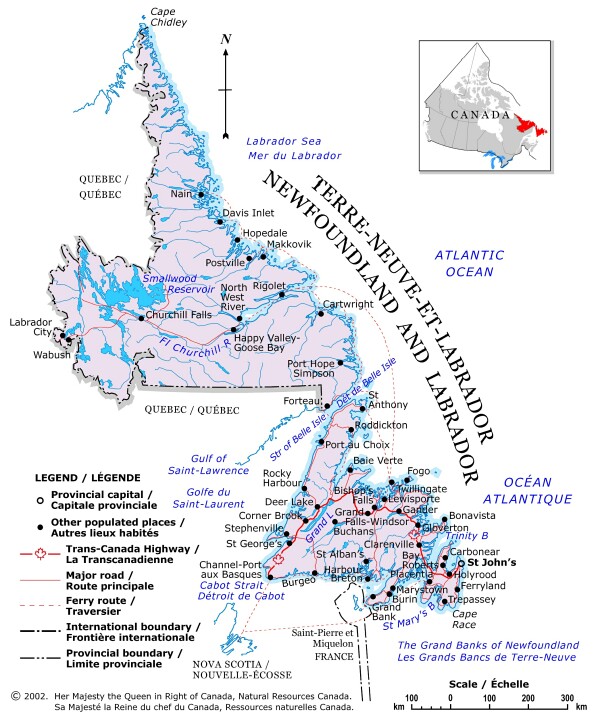 The economy of Newfoundland and Labrador is heavily dependent on natural resources. For centuries the most important economic activity was cod fishing. Farming was a supplementary activity for many fishers, but the poor soil and harsh climate prevented any significant agricultural development. Exploitation of the province’s rich forestry and mineral resources expanded in the late 19th and early 20th centuries. In 2019, Newfoundland and Labrador’s GDP was 31.6 billion chained 2012 Canadian dollars. Service industries accounted for the largest share of GDP, especially financial services, health care and public administration. Other significant industries are mining, oil production and manufacturing. The total labour force in 2018 was 261,400 people. Per capita GDP in 2017 was $62,573

The economy of Newfoundland and Labrador has transformed over the last two decades, largely due to developments in the resource sector. The development of the oil industry created tremendous growth in capital investment and associated employment and incomes. The main production sector are Agriculture, Fisheries, Forestry, Mining and Oil, Services. Industry Development: Fishery; emphasis shifted to shellfish; higher value. Newfoundland and Labrador has a coastline of more than 29,000 kilometres and the importance of the ocean to the economy is witnessed in many industries such as fishing and aquaculture, oil and gas, tourism, transportation and ship building.