Textiles and clothing are among the most traded goods in the global economy and the EU dominates high quality markets. 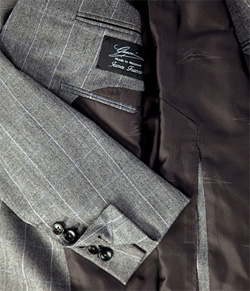 After China, the EU is the world’s second largest exporter of textile products with 31% including intra-EU trade. Excluding intra-EU trade, in 2010 the EU exported €33.8billion worth of textiles and clothing products and continues to dominate global markets for up-market and high quality textiles and clothing. Switzerland is our first export market (12.3%), USA has become the second export market of EU textile and clothing (T/C) products with 10.0% of total exports, followed by Russia (9.4%), Turkey (6.8%) and Tunisia (4.9%). In terms of value, the EU’s main suppliers in 2010 were China (41.8%), followed by Turkey (13.3%), India (7.8%), Bangladesh (7.2%) and Tunisia (3.1%)

The focus of the European Commission’s work in the textile and clothing sector is embedded in the framework of the Market Access Strategy relaunched in 2007. The foremost aim is to remove barriers to European textile exports in growing markets abroad, opening opportunities for the European textile and clothing sector to enter public procurement services, ensure a fair and equal treatment with regard to IRP protection and fighting counterfeiting, which is highly damaging for EU textile and clothing producers. In the framework of the Market Access Strategy, early 2009 the Market Access Working Group was created dedicated to market access problems in the textile and clothing field. This working group presents a joint forum for economic operators, Member States and the Commission to work together towards the removal of barriers raised in third countries. Meetings take place since 2009 on a regular basis (approximately 3 times per year). This working group is a forum for all actors involved to discuss and exchange information on concrete market access barriers faced by the T/C sector. Problems relating to the supply of raw materials have arisen lately in T/C sector. The EU addresses these problems in the framework of its Raw Material Initiative. In February 2011, the Commission endorsed a Communication in this respect relating to challenges in commodity markets and raw materials.

Recent trends in the textile and clothing sector: The textiles and clothing sector was severely affected by the economic crisis of 2008 and 2009. Production as well as consumption levels have experienced a sharp decrease from June 2008 to June 2009. Since July 2009 a slow stabilization of these levels could be observed whereas figures show that a general decrease of -11% of imports took place from 2008 to 2009. These downward trends were also reflected in EU T/C export figures, where exports in T/C products have decreased by -17% with a decline of textile exports by -18% and by -16% of clothing exports. Since January 2010 a recovery was observed – figures 2009 in comparison to 2010.

With the end of the economic crisis, a slight change in import and export partners can be distinguished. The USA, main export market for European T/C products up until 2008 has been replaced by Switzerland in 2009 and in 2010 the USA continues to rank as number two for EU T1C exports. Imports from China increased by 9% in 2010. 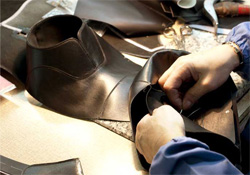 As with textiles and clothing, EU footwear exporters continue to face obstacles to exports in many markets, both in the form of high tariffs and non-tariff barriers. The footwear sector also suffers from the impact of counterfeiting and piracy.

On the European market, EU producers face strong competition from low priced imports. Anti-dumping measures put in place since 2006 have been extended in December 2009 in order to counter unfair competition from China and Vietnam. An additional challenge for EU footwear producers is ensuring a steady and open supply of raw materials. The leather goods sector is widely affected by export taxes and export restrictions. Because the price of raw materials can be between 30 and 50% of the cost of production in this sector, barriers that raise the costs of raw materials can pose a serious problem. The EU addresses these problems in the framework of its Raw Material Initiative. In February 2011, the Commission endorsed in this respect a Communication relating to challenges in commodity markets and raw materials. Trade wise, we address these problems in our bilateral trade negotiations with raw material-exporting countries and in our Market access partnership.