The EU is the world’s second largest producer of crude steel: 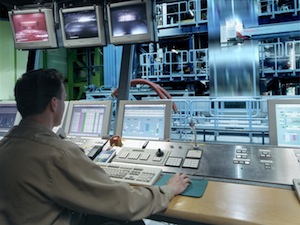 Steel is the most commonly-used material in the world, with an annual production of around 1.4 billion tonnes (2010). Its resiliency, flexibility and reusability make it the single most useful basic industrial material on earth.

Employment in the steel sector has contracted steadily in recent decades from 1 million people working in the sector in 1970, to around 408 000 employed in the sector in 2008. The number of Europeans working in downstream industries dependent on domestically produced or imported steel, is in the range of millions.

Russia was the largest exporter to the EU in 2010 with over 6.5 million tonnes, which represented 24% of total EU steel imports. During 2010, imports from China increased again after a significant drop in 2009. China moved to third import source position with 3.6 million tonnes in 2010, after Russia and Ukraine (5.7 million tonnes). Turkey held the fourth place (1.8 million tonnes) followed by South Korea, Switzerland and Serbia that all exported over 1 million tonnes to the EU.

Following a ‘zero-for zero’ agreement negotiated during the Uruguay WTO world trade negotiations, the EU has reduced its import duties for most steel products to 0%.

For steel producers who are not members of the WTO the EU operates a system of annual import quotas that govern the overall levels of steel imports from these countries to the EU. For Kazakhstan, these quotas amount to 0.2 million tonnes a year. For Russia, they are implemented as part of an EU-Russia agreement and amount to 3.2 million tonnes. These quotas will lapse when these countries join the WTO.