Of the honorary title of Queen’s counsel, Attorney General and Minister of Justice Suzanne Anton has said, “The recipients of the honour of the QC designation have enriched the justice system with their contributions to the practice of law. They have demonstrated professional integrity and dedication to their profession and have made valuable contributions as volunteers to communities across the province. This is a highly coveted honour, particularly because the recipients are nominated by their peers.” 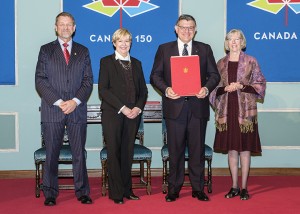 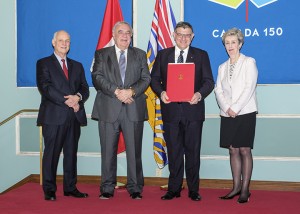 The quote aptly describes our President, Celso Boscariol who was one of 40 recipients of the honorary title at an induction ceremony held on February 10, 2017.

In addition to the significant work he has done on government relations initiatives (CETA being one), Celso is committed to the growth and professional development of young lawyers and takes his role as a mentor very seriously. Add in his dedication to community (reflected by his Canada 125 commemorative medal and an Italian Star of Solidarity), and it’s easy to see why his peers nominated Celso for this most recent honor.

Congratulations Celso, and thank you for all you do, it is much appreciated.