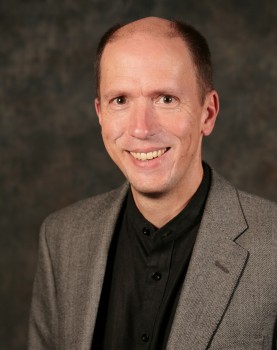 Prof. Keith Head, an expert on international trade at UBC, has researched the impact of distance on trade in services. (Courtesy Keith Head)
PARLIAMENT HILL—Canada’s free trade deal with the European Union charts new ground in an evolving global economy and could lead to a rewrite of NAFTA and other trade agreements, says one expert.

In the new world order, trade is fast and free, letting agile companies build transnational operations using the best and cheapest the world has to offer.

A revolution in transportation streamlined logistics and brought shipping costs down dramatically, making it cost-effective to produce products (or parts of products) in far-flung corners of the globe where labour was cheap and infrastructure mature.

Now, a revolution in communications promises to do the same with services—everything from architectural design to tech support. Many services are already delivered offshore, as Indian accents attest on calls to customer service, but barriers have kept others homebound.

As manufacturing jobs leave developed countries to bring much-needed wealth to impoverished nations, services continue to grow as a portion of the GDP, from 59.8 percent of GDP in 1980 to 66.8 percent in 2008.

Part of reason for that is the way technology has changed the way people work and play, and as a result, it’s time services were included in trade deals, said Werner Antweiler, the chair in international trade policy at the University of British Columbia’s Sauder School of Business.

The Canada-EU free trade agreement has the potential to be a milestone by charting new territory. — Werner Antweiler, UBC Sauder School of Business

“Eventually, it may lead to us revisiting NAFTA too and actually bringing that into the 21st century because when it was concluded, it was focusing on the manufacturing sector.”

The government is counting on trade in services to be a huge portion of Canada’s gains from free trade with the European Union. Of the $12 billion a year the government expects Canada to gain from the deal, 45.5 percent will come from services, according to a joint study the two parties have done on the deal. In a request for details, the Department of Foreign Affairs and International Trade (DFAIT) clarified that those gains would come come from removing citizenship or residency requirements, and ownership and investment restrictions.

But even with an increase, free trade in services will not have the kind of dramatic impact seen on free trade in goods, said James Brander, an international trade expert also at the Sauder School of Business.

“Many services we consume are personal, getting a haircut, [retail] financial services, mechanic services, and so on. All these services are facilitated by being close to someone,” he noted

Although companies are taking advantage of technology to change some operations, the legal framework doesn’t really exist to support trade in services, said Brander.

Previous agreements like the General Agreement on Tariffs and Trade, the legal backbone of the World Trade Organization, don’t really cover services, he said.

However, even with services included in future free trade agreements, one expert doubts trade in services with the EU can come anywhere close to the numbers Ottawa is hoping to see.

Prof. Keith Head, an expert on international trade at UBC, has researched the impact of distance on trade in services. Head notes that even with a trade agreement in place, entry regulations for many services are simply too high, like the professional requirements and accreditation needed to practice certain professions.

Doctors and other professionals driving taxi cabs, a favourite example of Immigration Minister Jason Kenney, speak to the difficulty foreigners have practicing their professions in Canada.

There are also the practical limitations caused by working in vastly different time zones. Even with an EU trade agreement, U.S. firms are much better positioned to trade in services, Head noted.

“Many people imagine that because services can be delivered over the Internet, that therefore geography no longer matters and thus European firms would be on even footing with American service providers. But the research that I have done shows that distance affects services trade just as much as it affects goods trade,” he said.

“While you can do some things on the Internet, you end up needing to have lots of meetings to establish trust, to hash out difficult details, etc.”

Even in his own joint research with European counterparts, Head said he needs to travel to meet them and noted the difficulty of dealing with a nine-hour time difference.

While some services, like setting up reservations, can be done routinely, more complicated tasks require extensive collaboration.

“Things that require negotiation, agreement, coordination, like architecture and engineering, are going to tend to require a lot of face to face contact. The Europeans are going to have to come out to inspect the site and so on. So I am not seeing Europe making huge inroads on those areas.”

Despite the EU and U.S. having similar sized economies, Canada trades 10 times as much with U.S. and Head expects that will change little.

But according to the joint study mentioned above, if Canada can reduce the cost of trade in services by 10 percent, it could see service trade jump up to 35 percent. That is the amount that service trade increased between EU member states following their joining to form a single market. DFAIT says those cost savings will be made by removing trade barriers.

Of course, that sunshine figure doesn’t address the limitations raised by time zones, and EU member states are already deeply connected through the legislative power of the European Parliament.

As it stands now, Ottawa is projecting Canadian services trade to the EU to increase by 18-42 percent while EU services exports to Canada will increase by 24-52 percent.
The deal, formally titled the Canada-EU Trade Agreement, is in the final stages of negotiation. The government has said it expects it to be finalized this year.

The Epoch Times publishes in 35 countries and in 19 languages. Subscribe to our e-newsletter.