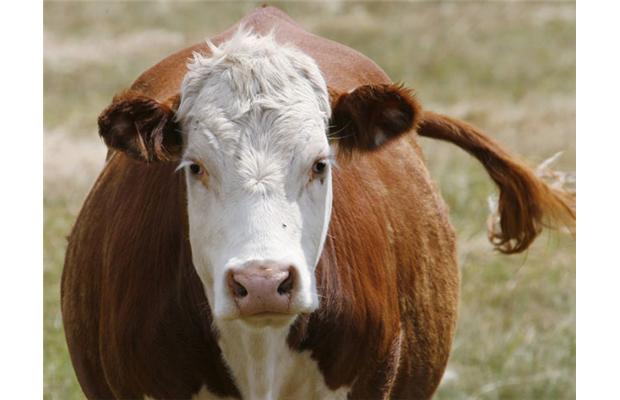 Ambassador Matthias Brinkmann said the sensitive issue is one of the key holdups standing in the way of a Canada-EU trade agreement.

Brinkmann, who said he still expects a deal to be finalized by the end of this year, also cautioned that Canada will likely have to lift travel visa restrictions currently imposed on three former Communist countries — the Czech Republic, Bulgaria and Romania — before the ambitious trade deal can be ratified.

“For the Prairies the beef issue is a big one, and there will be no beef without dairy, it’s almost a foregone conclusion,” he told journalists.

He confirmed that formal offers haven’t even been exchanged on the sensitive agriculture issue even though negotiations have been underway since 2009.

Agriculture is “a big obstacle, like all international trade negotiations,” he said, adding that it’s “normal” for negotiators to leave the toughest issues to the final round of talks.

He said the EU and its 27 member states aren’t demanding that Canada end its supply management system, which provides production quotas to dairy producers and shields them against competition with sky-high tariff charges on imports.

But he said Brussels would like an increase in the Canadian quota limit on imports, which is set at 20.4 million kilograms annually.

EU exporters typically get about two-thirds of that quota, and all foreign producers must pay a prohibitive 245 per cent tariff on products that exceed that quota, according to the EU.

Brinkmann said Canadian dairy producers shouldn’t fear lost sales due to greater competition from Europe, despite the world-class reputation of cheese producers from countries like France and Italy.

“It can be a win-win situation because if you have more variety, consumers buy more,” he said at a breakfast meeting where some of his continent’s finest cheeses were on offer to guests. “It’s not necessarily to the disadvantage of Canadian dairy farmers.”

He said Prairie beef and pork producers are anxious to access the European market and have made clear they can supply hormone- and antibiotic-free meat that satisfies EU standards.

Brinkmann said the EU is also following the progress of Bill C-31, which the government is pushing forward to make it easier to process refugee claimants and weed out unsubstantiated claims of persecution in home countries.

Canada has faced a huge problem with the influx of Roma asylum-seekers from former Communist countries who, according to most human-rights groups, face considerable discrimination.

Canada has maintained visa requirements on Bulgaria, Romania and the Czech Republic. Hungary, which isn’t subjected to a visa requirement, is Canada’s top source for refugee claimants.

An overwhelming majority of the estimated 400 Hungarian claimants arriving in Canada each month are believed to be from the Roma community.

“This is a big irritant, these member countries are not happy at all,” Brinkmann said.

He said Bulgaria, Romania and the Czech Republic could all block the Canada-EU treaty when ratification takes place at the European Council (the EU body representing the member states), the European Parliament, and in individual national legislatures.

“So these member states, they’re going to give their approval to an agreement if there is still a visa? Probably not,” he said.

“I think from the Canadian side it is hoped (C-31) will solve the problem.”